Is there a definite order in which phonic knowledge is taught in schools in England?

No. The order of introduction of letters and sounds, GPCs, is not the same in all the current phonic programmes.

However, they all introduce the 19 most commonly occurring letters of the alphabet first.

All the programmes introduce the rest of the letters of the alphabet and the consonant digraphs, 'th, sh, ch, ng, ck' in the Reception Year (EYFS)

All programmes aim to teach one vowel grapheme for each of the vowel phonemes in the Reception Year (EYFS).

Letters and Sounds (2007) aims to teach the following vowel graphemes in Phase 3 for the Reception Year (EYFS):

and some programmes leave the trigraph GPCs  until Year 1.

The Early Learning Goal, ELG, which refers to this phonic knowledge for children in the Reception Year, EYFS, states that:

'Children at the expected level of development will:

- say a sound for each letter of the alphabet and at least 10 digraphs.'

Assuming that children are taught 'th, sh, ch, ng, ck' first, then they are expected to know at least 5 of the 15 vowel GPCs by the end of EYFS.

The National Curriculum (2014) gives a list of all the GPCs to be taught in Year 1 that may be used in the Phonic Screening Check..

How do we teach children about the letter 'y'?

Jelly and Bean books deal with the role used in 'mummy' first. Here the sound at the end of the word 'mummy' is /i/ (or sometimes /ee/, depending on accent and region). Now, 'i' is a shy little letter and does not like to be at the end of a word, so big tough 'y' helps him out and takes his place. This rule is known as the 'Shy i, Toughy y Rule' and it gives children a good way to remember that we use 'y' at the ends of words like 'happy, daddy, sorry' and 'mummy'. Children need to know this rule early so that they can write birthday cards to 'mummy' and 'daddy'.

The third role of 'y', as a consonant, can be found at the beginning of words like, e.g. 'you, yes, yell, yellow'. It is first introduced in book 15 of the A Extra Series.

The fourth role of 'y' can be found in the middle of words like 'gym, crystal, gypsy'. In words like these 'y' is pronounced the same as the 'short i' /i/.

'Sleep' is a CCVC word because its GPCs correspond to /s/ /l/ /ee/ /p/, where the letters 's' and 'l' represent two different phonemes blended together.

This means that when words are segmented into phonemes, C and V do not always refer to single letters and that 'sheep' is not a CCVVC word (as it would be if the C and V represented single letters). It is a CVC word.

What are the Jelly and Bean coloured book bands? How do they tie in with the phonic phases of Letters and Sounds 2007?

Jelly and Bean books are divided into colour bands.  The factors taken into consideration to define these bands are:

1.  The number of words on each page and in each book,

2.  The letter/sound correspondences, GPCs, and the high-frequency words, HFWs, of Letters and Sounds 2007,

3. The complexity of the vocabulary and the structure of the sentences.

Words containing adjacent consonants are used from the start and are not avoided in the early book bands.

Red Band: This band has 45-90 words per book. The phonic content is that of Phase 3 of Letters and Sounds 2007, with the addition of the GPCs ‘ay, ea’ and ‘y’ (used as a vowel). Each series fulfils a different purpose.

Yellow Band: This band has 70-110 words per book. It consolidates the consonant digraphs and some of the vowel graphemes already introduced, but not ‘oa, ar, ur, oi, igh, air, ear’. These are left until the later book bands.

Blue Band: This band has up to 150 words per book. It uses GPCs from Phonic Phase 5 of Letters and Sounds 2007.

Green Band: This band has 150-200 words per book. It introduces text written in the past tense.

Orange Band: This band has 200-250 words per book. It ensures that all the GPC spellings listed as statutory for Year 1 in the National Curriculum are used.

How is the vocabulary analysed in Jelly and Bean books?

The words in all the Jelly and Bean stories are analysed to form the following categories:

Phase 4****: - words containing adjacent consonants blended together at their beginning and/or end, where the medial vowel is 'a, e, i, o, u’.

Vowels#: - words containing vowel digraphs, trigraphs and alternative pronunciations (long vowels) of single letters. These are grouped together by the sound of the phoneme.

y-endings: - words ending in ‘y’ pronounced /i/ or /ee/, depending on accent.

Others: - words that do not fit any of these categories.

The analysed vocabulary can be found in our teaching guides and on the back page of the storybooks.

*** Phase 3 is the first two sub-sections (letters and consonant digraphs) of the original Phonic Phase 3 of Letters and Sounds 2007.

**** Phase 4 is the original adjacent consonants phase of Letters and Sounds 2007, but words containing vowel GPC spellings of Phonic Phases 3 and 5 are excluded.

# Vowels are any words containing vowel grapheme GPCs from Phonic Phase 3 and Phonic Phase 5 of the original Letters and Sounds 2007. 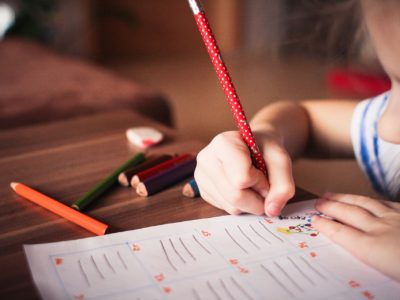