Question: When is a digraph not a digraph? 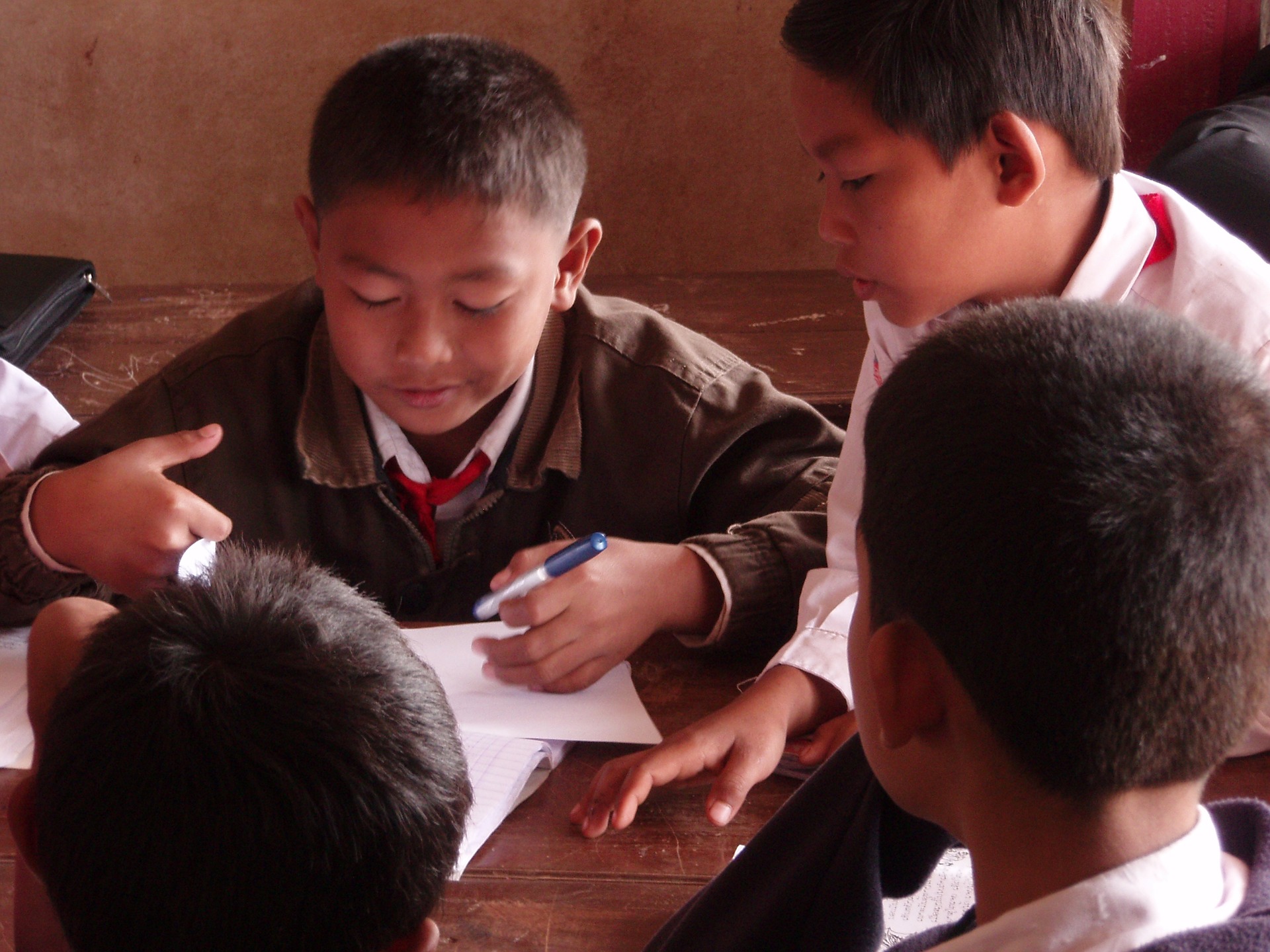 Answer: When it crosses a syllable boundary.

A digraph is two letters that combine together to correspond to one sound (phoneme). Examples of consonant digraphs are ‘ch, sh, th, ng’.  Examples of vowel digraphs are ‘ea, oa, oe, ie, ue, ar, er, ir, or, ur ‘.

If we think about consonant digraphs first we see that the phoneme /ng/ is initially taught as corresponding to the digraph (two letters) ‘ng’ in words such as ‘bang, sang, king, ring, wing, long, song, string, going, looking’.

But how do children identify digraphs and their corresponding phonemes when they are seen in other words like ‘bingo, mango, bongo, fungus, fungal, angle, triangle, angry, hungry, kangaroo, ingot, angel, language’? Do they try to say the same sound as in ‘bang, wing’?

It turns out that if the word has more than one syllable, and the ‘ng’ spelling is at the syllable boundary, then ‘n’ is in one syllable and ‘g’ is in the other syllable (man-go, bin-go, bon-go, fun-gus, fun-gal, an-gle, tri-an-gle, an-gry, hun-gry, kan-ga-roo, in-got, an-gel, lan-guage). So the consecutive letters do not represent the single phoneme /ng/. They do not represent a digraph.

If we consider some common vowel digraphs and look at words containing them, we see the same thing happens in these written words also.

The vowel digraphs ‘oa, ea, oe, ie, ue’ can be seen in the words ‘road, eat, toe, pie, blue’. However, the multi-syllable words ‘oasis, create, poet, diet, duet’, (pronounced ‘o-a-sis, cre-ate, po-et, di-et, du-et) also contain the same letters in the same order. In these words the letters do not form a digraph to represent a single phoneme

The digraphs ‘ar, er, ir, or, ur’ can be seen in the words ‘farm, herd, girl, fork, burn’ and the same letters in the same order can be seen in the two syllable words ‘garage, very, pirate, orange, bury’. These words are split into syllables as follows, ga-rage, ve-ry, pi-rate, o-range, bu-ry’ where the vowel is in the first syllable and the ‘r’ in the second. Here the consecutive letters do not form a digraph either. **

There are split digraphs ‘a-e, e-e, i-e, o-e’ occurring in words like ‘cave, these, like, home’. These same letter combinations can be seen in the two syllable words ‘camel, panel, seven, given, rivet, honest, oven’. The letters ‘a, e, i, o’ are pronounced as short vowels in the first syllable and the letter ‘e’ is pronounced in the second syllable as follows, ‘cam-el, pan-el, sev-en, giv-en, riv-et, hon-est, ov-en’.

Then there are the digraphs ‘oo, oi, aw, ew, ow, sh’ in the words ‘moon, boil, saw, new, down, ship’. The same consecutive letter combinations occur in the multi-syllable words ‘cooperate, going, aware, reward, towards, mishap’, but they do not represent single phonemes in these words. #

It is the syllable structure of the word that determines how the consecutive letters are pronounced. For children who have been taught to recognise digraphs as spelling of phonemes, what do they say when they see consecutive letters in multi-syllabic words, where the letters do not represent digraphs of single phonemes?

Children are taught about digraphs in phonics lessons in the Reception Year and Year 1 (aged 4, 5 and 6) in schools in England. There is an appendix of these digraphs in the National Curriculum to be taught as specific spellings of words in Year 1. There is a phonics screening check at the end of Year 1 to make sure that children know them. The digraphs in the check include ‘ai, ay, a-e, ee, ea, e-e, ie, i-e, oa, o-e, oo, ue, ew, u-e, ou, ow, ar, er, ir, or, ur, oi, oy, sh, ch, th, ng’.

Children will have spent many hours in these phonics lessons being trained to recognise these spellings and convert them into single sounds. Then they will see them in words containing two syllables and the way in which they are pronounced is different. Are children also taught to look for syllables in words? Are  they able to separate digraphs from single letter sounds in this manner?

How are children supposed to know these differences if the only strategy they are taught to use when working out how to pronounce written words is the single-cueing strategy of sound only. Single-cueing is described as the left to right recognition of graphemes, which are then to be pronounced as phonemes, and then these are to be blended together to form spoken words. This method relies on the resulting blended sound triggering knowledge of a known word in the children’s internal lexicon (spoken vocabulary). At this point the children will be able to pronounce it.  They will have ‘decoded’ it.

When children are reading continuous text there are clues other than sound available to help them pronounce new written words. These clues include taking note of the structure of the sentence (the order of the words or whether they are nouns, verbs or joining words), the meaning generated prior to meeting the unknown word (semantics) and pictures as illustrations. These are all clues that children can use to decipher and pronounce unfamiliar written words which they may already know from speaking and listening.

But the UK government expects children not to use these other cues in the synthetic phonic criteria applied to the Reception Year and Year 1. Their model of reading (The Simple View) separates decoding from any knowledge of spoken language. The phonic screening check uses pseudo words that do not occur in spoken language to check the children’s ability to decode.

The separation of decoding from spoken language comprehension as in the model ‘The Simple View of Reading’, and the use of single-cueing, in the form of sound only, to ‘decode print’, are two huge misconceptions at the heart of official policy for teaching children to read.

** Other examples of the consecutive letters ‘ar, er, ir, or, ur’ are in ‘parrot, berry, mirror, lorry, hurry’ where the vowel is in the first syllable together with the first r and the second r is in the second syllable. Although, the fact that there is a double ‘rr’ should alert children that the preceding vowel is a ‘short’ vowel and it is not part of a digraph, but when are they taught this?

Then there the words ‘carol, zero, biro, coral, guru’.

Time to stop! I have hopefully made my point.